Auckland Transport is an organisation that manages roads and footpaths, cycling, parking and public transport for the city’s 1.7 million inhabitants. This month, using SilverRail’s technology, it rolled out a “safe cycling” option to its award-winning AT Mobile app, helping cyclists travel on cycle friendly roads and paths, rather than the fastest road routes. Users are delighted with the new feature, claiming its cycle results are better than those found on Google Maps.

The product update comes at a time of greater environmental awareness on the part of local governments, city planners and citizens, who are pushing for greener forms of transport such as cycling. Coronavirus has also accelerated this trend, with studies showing that the pandemic has created more cyclists due to concerns over social distancing.

Callum Mcleod, Product Owner at Auckland Transport says “a lot of Aucklanders started cycling during our Coronavirus lockdowns, but now that the traffic has returned, many stopped because they didn’t feel safe. We’ve developed this new feature with SilverRail to provide cycle friendly routes wherever possible to help encourage people to get back out on their bikes”.

The “safe cycling” feature is made possible by SilverRail’s Journey Planning API, which is now able to distinguish and prioritise different types of cycle-safe paths and roads to find the best route based on user preferences. In this example, the cycle plan follows designated bike paths, which are also outlined in the corresponding map of Auckland’s cycling paths. 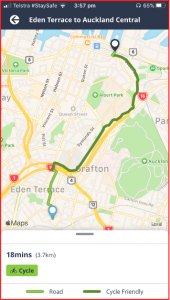 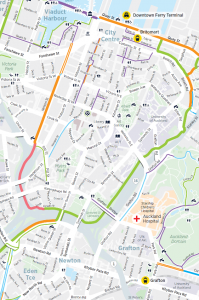 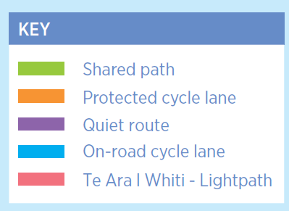 Users have commented that Auckland Transport’s cycle routes are better than other apps like Google Maps because they often return more direct routes which do not use designated cycle paths or road types considered cycle friendly (see example below) and are therefore not as suited to less confident cyclists. 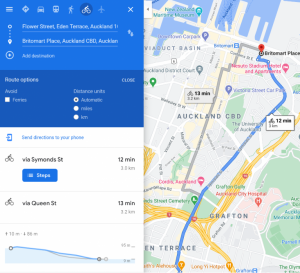 David Emerson, Product Manager at SilverRail comments: ‘It’s really great to see the safer and more free flowing cycle routes on the Auckland Transport app. They’ve certainly gone above and beyond in supporting their users’.

To find out more about how SilverRail’s journey planning tools can power your transport products, get in touch.